You've already franchised your business, but you're still not seeing the success you deserve.

It's high time you were growing faster and starting to make real money.

After you leave your franchise consultant clutching all your documents, where do you go next?

What can you do now to market your franchise, get more leads and turn them into thriving franchisees?

People pay thousands of pounds to franchise consultants who will write all their documents, but there is one big issue.

They go away without fully grasping the processes involved.

I have fully-fledged franchisors coming to me complaining of the following:

They’re not getting ANY enquiries despite their brilliant franchise package.

They’re receiving enquiries from the wrong people who are not aligned with their values.

They’re getting perfect leads, but they can’t convert them.

People who start the process of becoming a franchisee, only to drop out halfway through.

Franchisees who are a rubbish fit for their business.

Amazing franchisees they have no time to support.

A fantastic franchise business that’s just gone stagnant and doesn’t make you jump out of bed with glee every morning.

Any of these sound familiar?

Perhaps you know what you should be doing and you need a second pair of eyes to point it out more specifically.

Maybe you want to sell your business and sail off into the sunset, but your company is not in a fit state to fully operate without you to there micromanage.

I’ve helped people fix these problems and more because I’ve experienced them all myself in my seven years of being a franchisor.

With some targeted coaching, you can easily get your business on track for scalability.

Franchising my business was the best decision I ever made…

That’s not to say it was always straightforward – but now I’m in a happy place where I can work three hours a day, spend more time with my two boys, as well as my dog and duck.

I’ve even started working one day a week teaching children to ride horses.

This could be your reality too. Of course, you could just spend all that time watching Netflix instead.

You’ve worked hard turning your business into a franchise, you’ve shown all those people who thought it was just a “hobby business”, so now it’s time to start reaping the rewards.

If you’re finding that, instead of watching Netflix, you’re busier than ever, chasing leads, running Facebook Ads that aren’t converting, joining every franchise website out there in the hope of a sniff of a lead, then quite simply, you’re doing it wrong.

It’s not your fault – you’re applying what you’ve been taught – but you’re following the advice of people who, most likely, have never actually run their own business, let alone franchise. 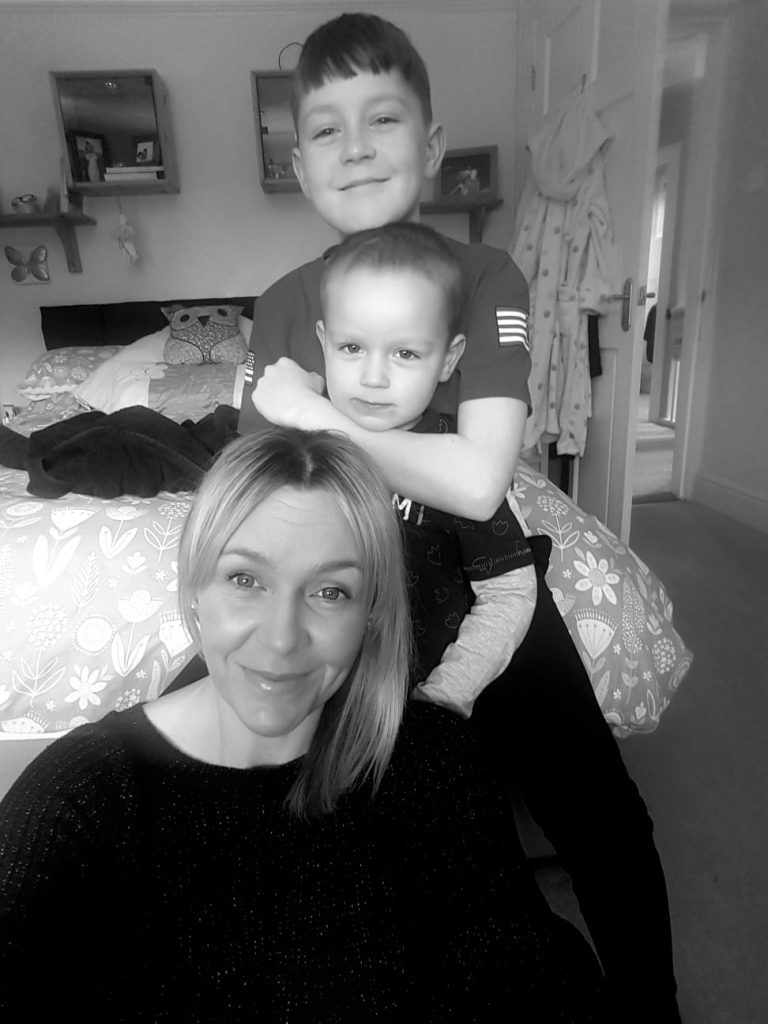 I don’t want you to undo all your good work.  I’m not here to show you how to start all over from scratch. The truth is you’re probably doing 90% of the things right, but a tweak here and there is all that it takes to see your business skyrocket.

I’ve gone from taking on two franchisees a year to now training seven for next year.

Just with a simple change here and there, it’s now a multi-million-pound brand.

The Personal Progress Plan is not about learning to franchise all over again, but building up your existing franchise system and reinforcing the foundations where necessary.

I’m here to help you troubleshoot your processes and pinpoint the areas to fix.

Your hard work has not gone to waste – Let’s make the most of it!

I take you through 12 weeks of focused training in the area you most need help with using three simple steps. 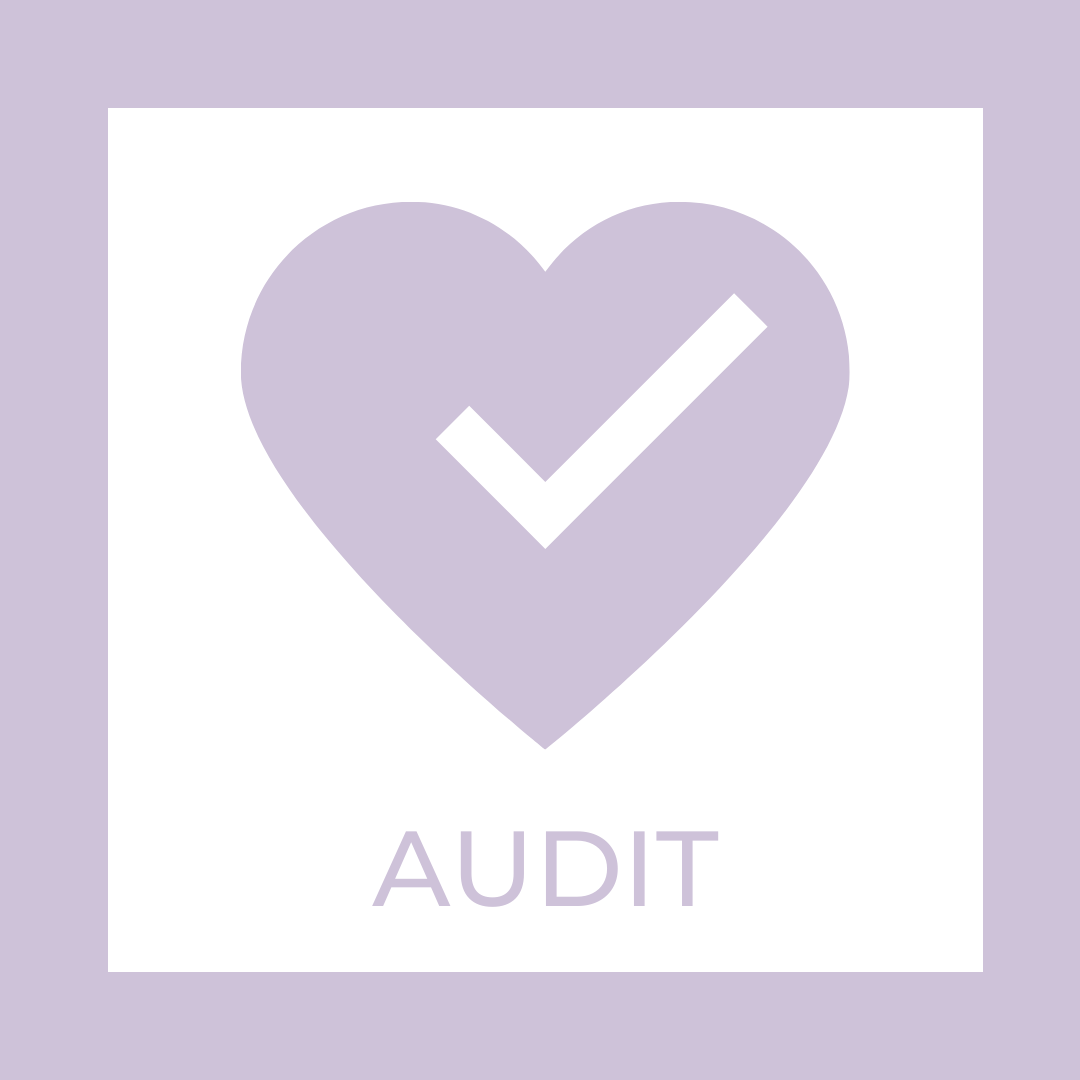 Together we give your business a health check and diagnose any issues with the sales process, onboarding funnel, marketing strategy and operational systems to identify what’s not working. 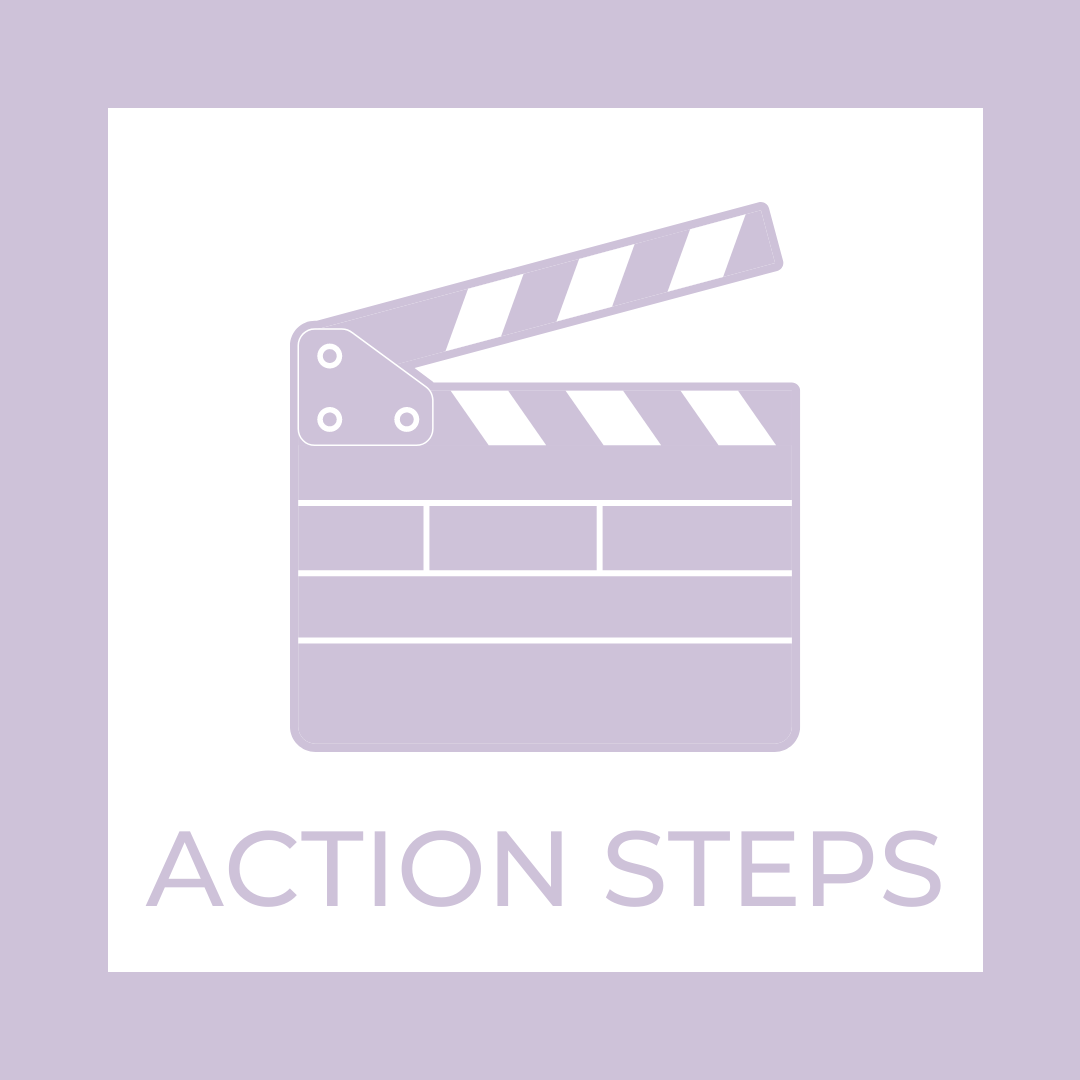 We create a strategy to target problem areas – It could be marketing, sales, numbers or your documentation. We decide the actions to take and you go away and implement them. 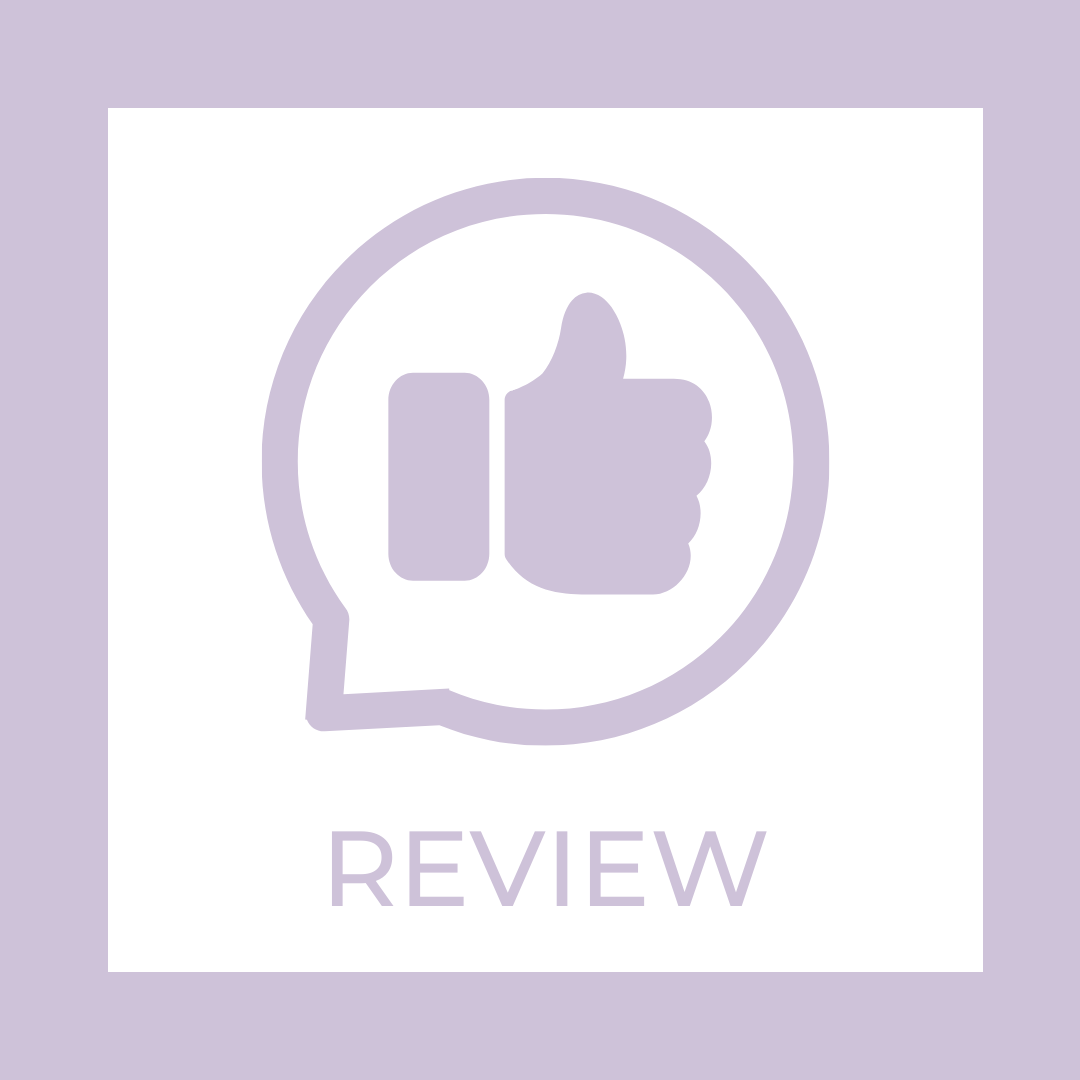 We monitor the results to see what’s working and what still needs adjustments. I’ll bring in my associate experts where you want extra help. We’ll repeat this until you feel confident.

By the end of twelve weeks, your franchise business will be fighting fit and looking the part.

Here's what you get:

360 Degree Business Audit: to diagnose the issues harming your business

Business Booster Action Plan: Key steps to improve your business with thorough explanations and one to one support

Bespoke programme: Designed around you. This can focus on HR, marketing, sales, onboarding, systems, processes or documentation.

Guest expert training: for if you need specific coaching in an area you’re facing challenges in

Support via Whatsapp or Messenger: I won’t leave you to struggle. Message me between calls when you need.

I make it personal...

It’s not a one-size-fits-all kind of programme that gives general advice that won’t work for you. After our initial audit, I go away and create the programme around your specific challenges.

What’s more, I’m with you all the way. Our fortnightly one-to-one calls ensure you can ask any questions or get further assistance on any of the action steps. You can also message me between calls whenever you hit a roadblock or are just feeling a little nervous.

In just 12 weeks, your business will be in a much stronger place, and your confidence will come on leaps and bounds.

So who am I and why should you work with me? 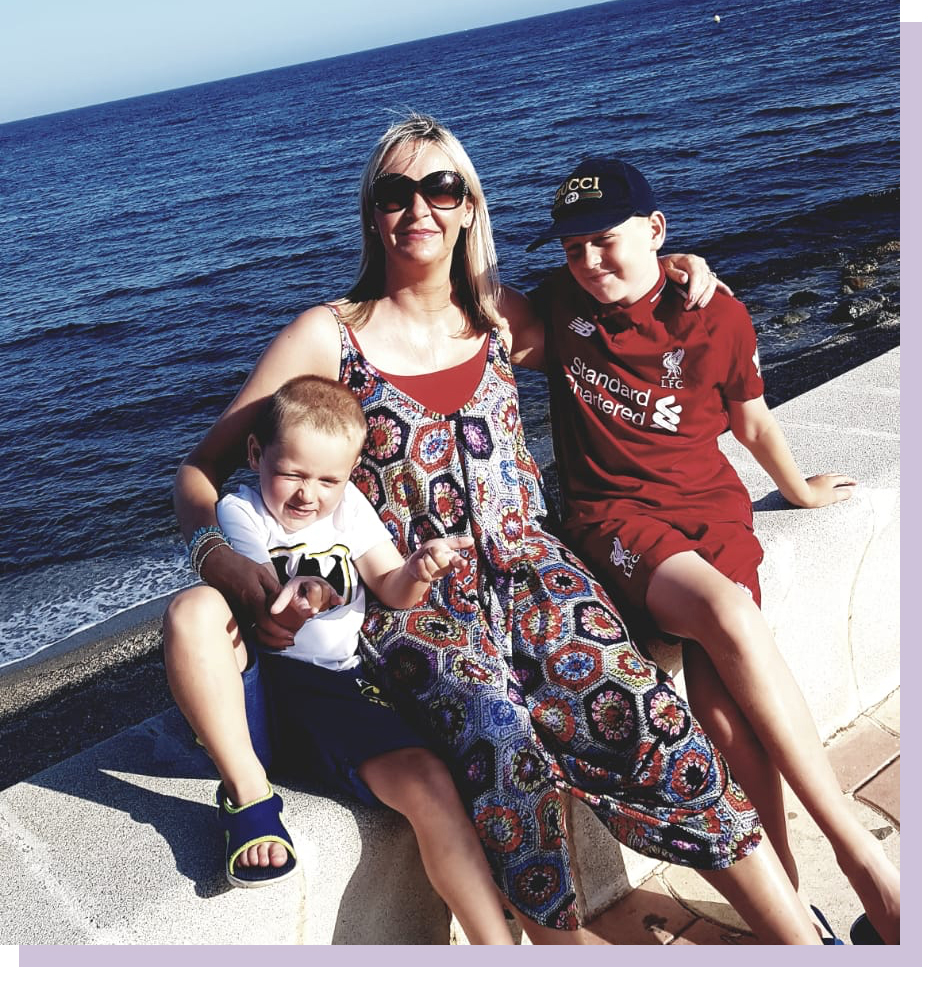 But enough about me… Let’s look at my students… 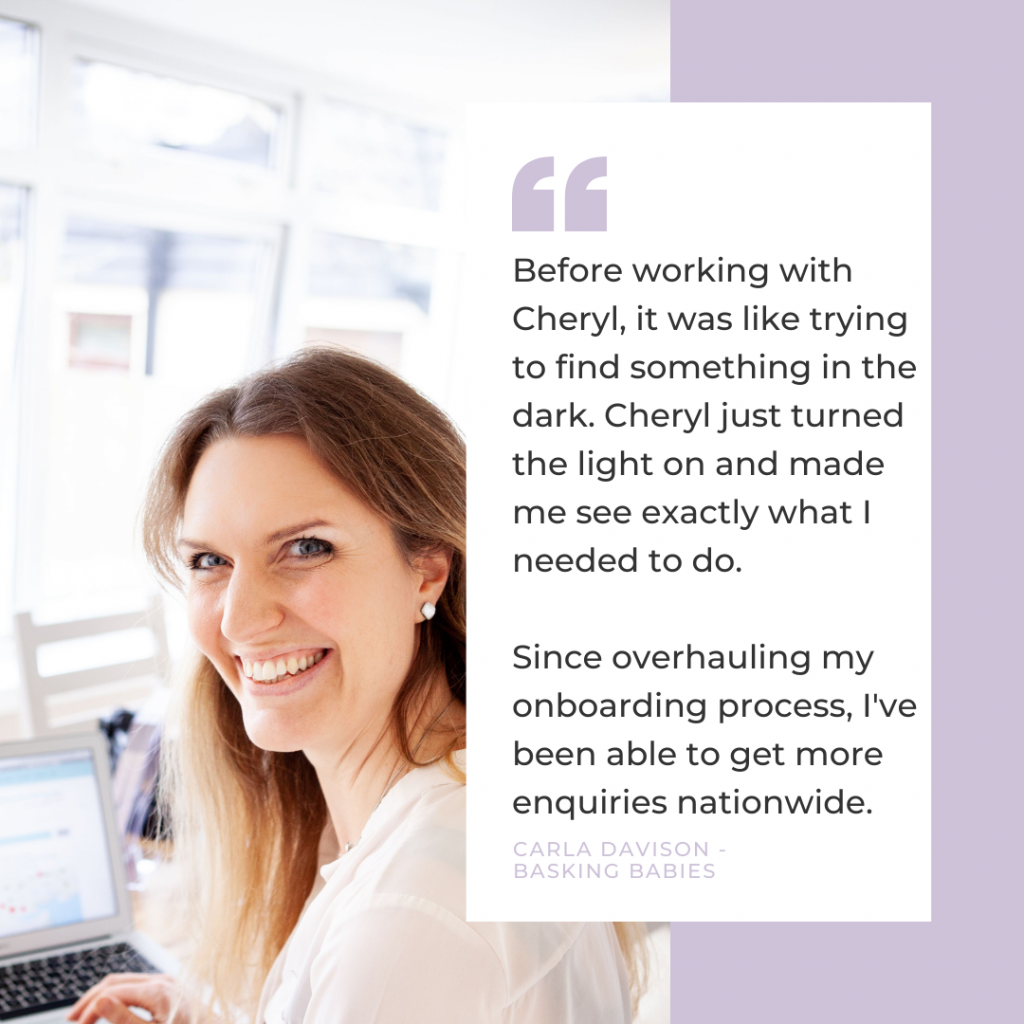 Carla started more getting enquiries from further afield with my onboarding process...

Carla has a successful franchise running baby yoga classes in Essex and was looking to expand her franchise nationwide.

When she enrolled for the Personal Progress Plan, we were able to identify two key areas that were weighing the business down. First of all her onboarding process had holes in it, and she was losing prospects along the way.

Secondly, not all of her franchisees were pulling their weight and were therefore affecting the success of the brand as a whole.

We got to work with an action plan, and Carla was able to fix the leaky onboarding funnel and revisit all of her systems. She had some tough conversations with her franchisees and resold two territories to people more aligned with the brand.

Knowing exactly where and how to make adjustments to her business, she’s now been able to move forward and get new enquiries from all over the country.

After working with another franchise consultant, Iain still didn't know how to sell his opportunity...

Iain, on the other hand, had only just launched his franchise and was feeling lost. He didn’t know how to market his opportunity in order to attract leads.

We worked together to develop a marketing strategy and improved his onboarding process. Iain went away and applied everything.

By the time he had finished the Personal Progress Plan, he was already getting enquiries and he felt a lot more confident marketing the franchise package. 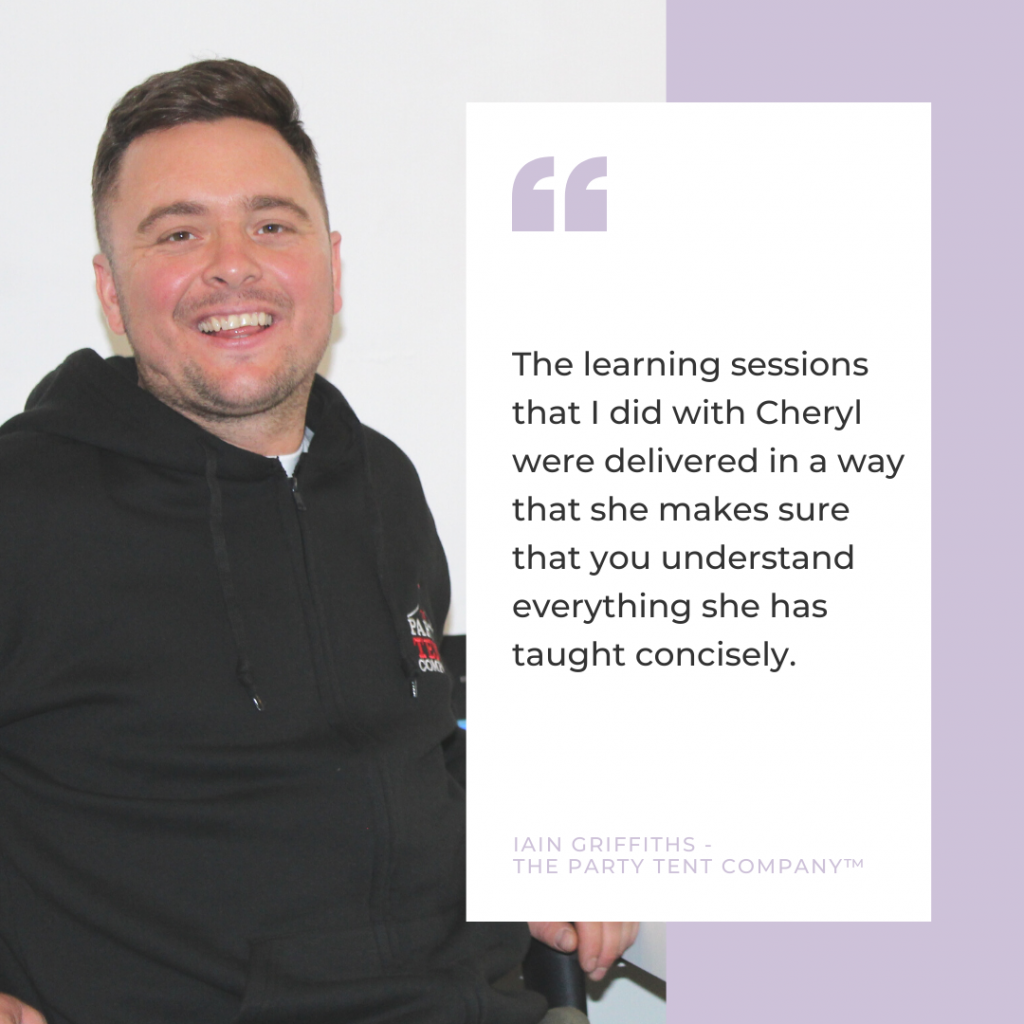 Franchising is a lonely business – Most of our friends and family don’t get it. Personal Progress Plan is your way to make sure you’re doing it “right” and get specific steps on what to do even better so you can get that entrepreneurial life you’ve been aspiring to.

The one-to-one calls alone are worth £2,137.50, which means that for an extra £363, you’re getting access to expert strategy, learning materials, and 12 weeks of additional support.

If your franchise fee is £12,000 and all you did was sell one extra franchise, you’d make £9,500 profit straight away, and we all know that you get a handsome monthly management service fee after that, so that’s even more ROI.

That sounds great, Cheryl. How where do I put my card details?

“So, why should I trust you and not some other consultant?”

You’re investing a lot of money in me, so you want to be sure you’re doing the right thing.

Unlike a lot of franchise coaches, I have a franchise business myself. I’ve applied all my own lessons, as well as helping over 50 businesses launch as franchises.

Since I’ve built my franchise business from scratch and been working on it for seven years, I’m au fait with the many challenges you’ll encounter. Working with me will save you time figuring out what your obstacle is and how to put it right. Let’s remove the trial and error together.

“Right, you’ve convinced me, Cheryl.
How do I access the course?”

I only take on a small number of Personal Progress Plan students at any one time because I want to be able to support you properly.

Sign up today and you’ll receive a link to book a discovery call in your inbox. Please fill in my questionnaire before your call and I can get to know your business.

If I think you’ll be a good fit for my Personal Progress Plan and if I can help you, I’ll invite you to join the programme.

If you’ve got any questions, feel free to send me a message on Facebook Messenger and we can chat it through.

P.S – In case you scrolled right to the bottom without reading all the above, my Personal Progress Plan is a 12-week one-to-one coaching programme for people who have already launched their franchise and want guidance with a specific area such as getting enquiries, making sales, onboarding or managing your franchise business. It costs £2,500. Payment plan available.